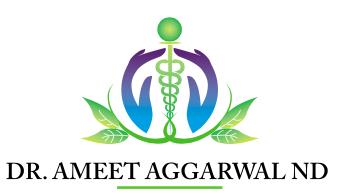 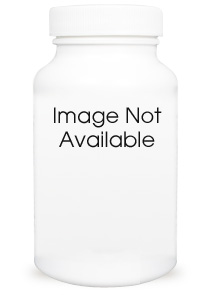 Suggested Use: As a dietary supplement, take two softgels per day, or as directed by your health care practitioner.

Annatto-E Synergy - Annatto Tocotrienols is a unique tocopherolsfree, tocotrienols-only product, containing 125 mg tocotrienols along with 1 g black cumin seed oil (Nigella sativa) per two softgel serving. The synergistic combination of tocotrienols and black cumin makes it most efficacious for supporting a healthy inflammatory response, healthy lipid levels, and for defending against oxidative stress. The tocotrienols are extracted from the South American annatto bean and contain 90% delta-tocotrienol and 10% gammatocotrienol. For best results, this product should not be taken within six hours of taking a vitamin E supplement containing d-alpha tocopherol.

Annatto-E Synergy is a unique tocopherols-free, tocotrienols-only product, containing 125 mg tocotrienols along with 1g black cumin seed oil (Nigella sativa) per two softgel serving. Like tocopherols, tocotrienols (T3) have four isomers: alpha, beta, gamma and delta. Reserach indicates that the two most potent forms of tocotrienols are delta and gamma T3. This product contains 90% delta and 10% gamma-T3, a makeup unique to annatto and not found in rice bran and palm oils (two of the other richest sources of tocotrienols). Combined tocotrienol and tocopherol concentrates from these oils, referred to as tocotrienol-rich fractions, usually contain 30-50% tocopherols; however, the most effective concentrates for reducing oxidative indicators and supporting cardiovascular health in human studies are those with low tocopherols and high tocotrienols. In fact, tocopherols may actively interfere with the beneficial cardiovascular and anti-proliferative properties of tocotrienols.1-4 Annatto tocotrienols are tocopherol-free because they are extracted from food grade annatto. Annatto is the most commonly used carotenoid in foods, added to provide a naturally derived orange-yellow color.

Black Cumin Seed Oil  synergy with tocotrienols The seeds of Nigella sativa, commonly known as black cumin, have been used in Western Asia for thousands of years as a spice, food preservative, and traditional remedy with efficacy across a wide range of health conditions, including hypertension, digestive disorders, pain, diarrhea, and skin disorders.22 One of black cumin seed oils primary active compoundsthymoquinone (TQ)has shown antioxidant and anti-inflammatory properties, as well as anti-cancer and immuno-modulatory effects (via augmenting T-cell and natural killer cell activity), all of which may act synergistically with tocotrienols. This powerful compound is also a demonstrated hepato- and renal-protective agent.23 In addition to TQ, black cumin seed oil contains carvacrol, a compound also found in oregano and thyme, which has anti-inflammatory, antitumor and analgesic properties.24,25 Animal models of chemically induced liver and kidney damage support the hepato- and nephro-protective effects of TQ. Furthermore, in animals experiencing ischemia/reperfusion, TQ normalizes levels of glutathione and lactate dehydrogenase.26 Other studies support the role of TQ in enhancing the activity of related antioxidant enzymes, including catalase, glutathione peroxidase, glutathione S-transferase and superoxide dismutase.27 TQ may also be a useful adjunct for autoimmune, allergic and inflammatory conditions. Compared to placebo, supplementation with black cumin seed oil resulted in significant improvement in disease activity in patients with rheumatoid arthritis.28 The combination of TQs anti-inflammatory effects with its role as an antihistamine offers a twopronged mechanism to help alleviate symptoms of several respiratory disorders, including bronchial asthma and allergic rhinitis.26 Isolated TQ and whole black cumin seed oil act as inhibitors of COX and 5-LOX, two inflammatory mediators. Animal models have shown the intact oil to have a greater effect on the reduction of inflammatory eicosanoids and reduced lipid peroxidation than TQ alone, suggesting a synergistic effect for compounds in the whole oil aside from isolated TQ.27 Animal models of multiple sclerosis and ulcerative colitis point to TQ as a potential therapeutic aid, likely due to its modulation of T-cell activity, amelioration of oxidative stress and anti-inflammatory activity.27 The role of TQ in facilitating sufficient levels of antioxidant-replenishing enzymes may be why black cumin seed oil exhibits efficacy across such a wide range of health concerns. TQ exhibits several functions that support its impressive potential as an anti-cancer agent, and these properties may be even more powerful when combined with tocotrienols, attacking carcinogenesis and proliferation on multiple fronts. Unlike many conventional chemotherapy drugs, TQ has been shown in animal models to be anti-proliferative against certain cancers (breast, lung, colorectal, pancreatic, prostate, and glioma/glioblastoma), while having only a limited influence on healthy cells.27 TQ has shown anti-cancer properties via cell cycle arrest, reduced angiogenesis and metastasis, and activation of genes that regulate apoptosis.27 Researchers believe black cumin seed oils role in inhibiting 5-LOX may be partly responsible for the reduced proliferation and enhanced apoptosis demonstrated in several types of cancer.29 Combining conventional chemotherapy drugs with TQ seems to enhance the efficacy of the conventional treatments, suggesting that black cumin seed oil may be a novel adjunct to more traditional cancer therapies. TQ has been shown to augment the cytotoxic effects of cisplatin, gemcitabine, paclitaxel, and doxorubicin.27 In addition, animal models of post-menopausal and diabetes-induced osteoporosis suggest black cumin seed oil may also be beneficial for bone loss. Superoxide radicals play a role in osteoclast activity, so potent antioxidants may be helpful in supporting proper bone turnover.30 Compared to controls, ovariectomized rats treated with black cumin seed oil before and after ovariectomy showed favorable changes in markers for bone turnover, including serum calcium levels and alkaline phosphatase, and the inflammatory markers TNF-α and IL-6.31

Supplement Facts:
Suggested Use: As a dietary supplement, take two softgels per day, or as directed by your health care practitioner.
2 softgels
Other Ingredients: Medium chain triglycerides; bovine gelatin, water, glycerine, annatto (natural color) (softgel ingredients).
(-) There is no %DV or the manufactuer has not provided this data.

Phone us at +254 727701002
Online Health Care Connection:
Do you have questions about this product or would like to connect with your Health Care Provider? We are proud to offer Virtual Visit. Get Healthy With Virtual Visit!
Your health care professional will be able to provide you with tailored product recommendations, advice, and exclusive promotions to help save you money on professionally formulated, high potency natural health products not found in stores. Don't have an account or would like to learn more about Virtual Visit technology?
Sign up here!
Office Location and Hours:
Dr. Ameet Aggarwal ND
PO Box 275
Nanyuki, Kenya, 10400,